We experienced an unprecedented delay to a train in Switzerland this morning. We went to the station at Yverdon and arrived early enough to catch the ICN train to Neuchatel before the one planned. We found seats in a compartment and then waited for about 20 minutes while the crew were fixing a door problem. It didn't cause us any problems because we were still able to catch the planned train from Neuchatel to Bern but this type of delay is practically unheard of. There was a friendly businessman in our compartment and we had a pleasant chat about many things Swiss, including the way their democratic process works.

We took a train from the gloomy station at Bern to Spiez. It was a very long walk along to the first class section which was very crowded.

At Spiez we spent several hours looking at the trains to and from the Lotschberg line to Brig.  There was a constant procession of passenger trains interspersed with about three freight trains an hour. 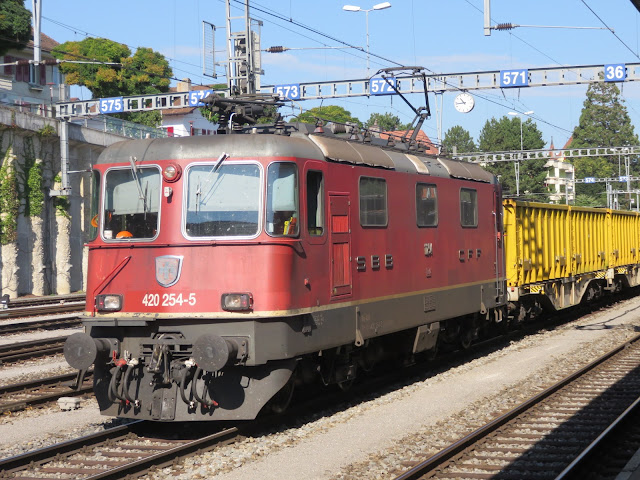 Our next destination was Zweisimmen where the standard gauge Bern Lotschberg Simplon railway meets the narrow gauge Montreux Oberland Bahn. This is the heavy tourist line known as the Golden Pass route from Montreux to Interlaken and on to Luzern. The railway is in the process of building a gauge changer at Zweisimmen so that there will be no changing of carriage there for the many tourists, most of whom have huge suitcases.  We took a look at what has been done, the trackwork seems to be almost complete but we couldn't figure out how it works. It is certainly different from gauge changing in Spain where the wheels are moved on the axles. 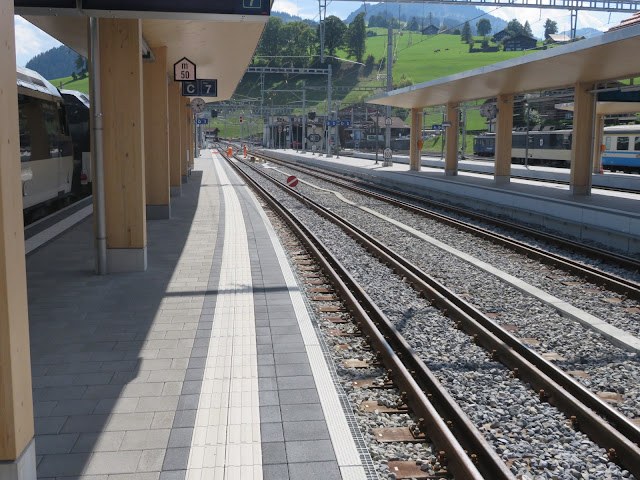 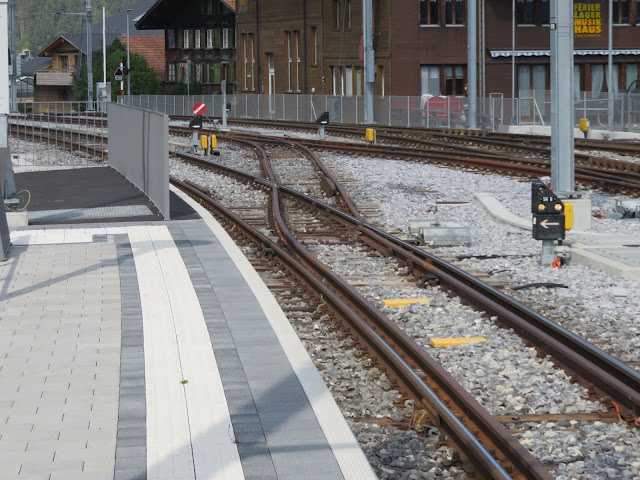 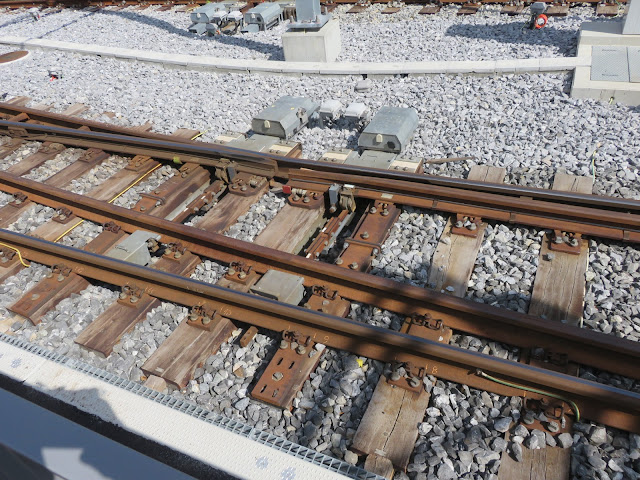 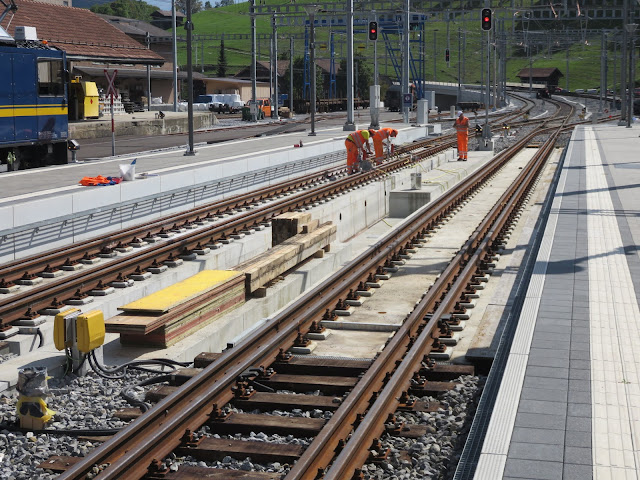 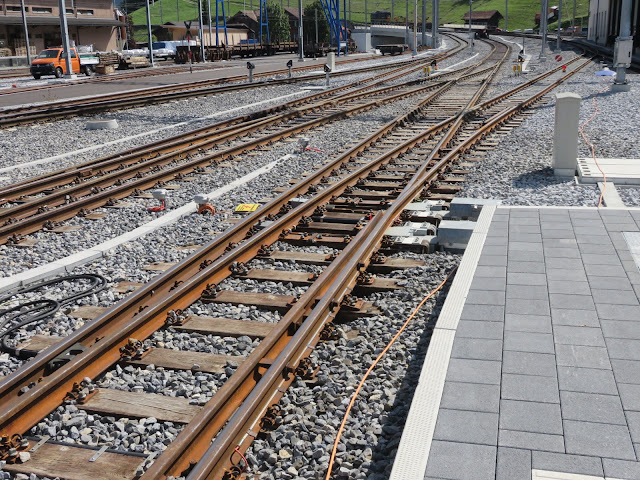 We caught a later train to Montreux to avoid the tourist one and had a pleasant ride through this fantastic route. There are several sections which are overrun with ski chalets but the drop down the mountain over Montreux and the lake is always stunning.

Mary, who had arrived yesterday, met us at the Montreux station and said she was about to give up on the train as it was about ten minutes late. The second time this trip we have experienced a delay.

We went to the apartment and had a chat over cheese and Morges wine before returning to Yverdon and an early bed.

Posted by Colin Churcher at 9:37 PM