The Bern-Lotschberg-Simplon Railway (BLS) ran a special excursion train today from Burgdoff to Brig. We joined it at Bern and rode all the way to Brig, through the Lotschberg Pass. It was run as a service train in the timetable with regular fares applying (we went free with our Swiss Passes) and it was billed as second class only. However, the four coach train was made up of coaches from the 1960s and was all first class. It was immaculate and the ride was excellent. There were a lot of railfans on board but we made many stops along the way for hikers and others to enjoy. #205 has a good rate of acceleration and easily kept to its timetabled path along with the many other trains running on this route.

Cab rides were possible for 800 Swiss francs (about $1,000).  The more impecunious had tyo make do with hanging out of the windows which opened fully.

As we climbed towards the Lotschberg we were treated to good views of the Swiss countryside as well as snow covered mountains. After the move through the Lotschberg tunnel there was a ten minute photo stop at Hohtenn station. People were very good, being quiet for the video people and making sure that they didn't get in the way of others. In ten minutes everyone had a great opportunity to record the train. 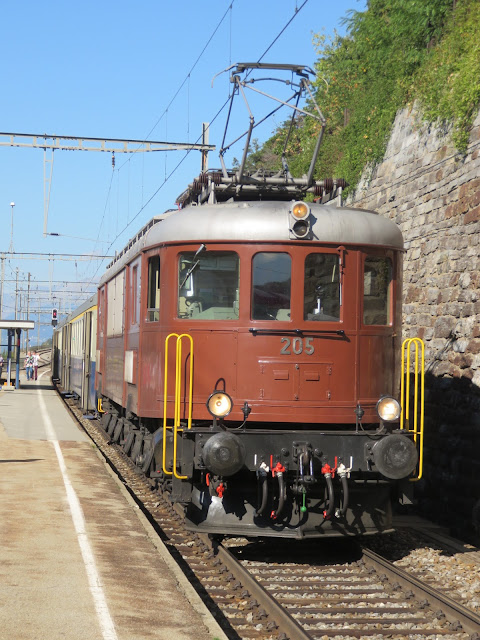 At Brig there was another opportunity to see this 1939 locomotive before it went off to the yards to run round in preparation for a return later in the day. The event was organized by the railway itself and the staff were very enthusiastic.

The opportunities for photography were somewhat limited but I have put my efforts here:

Click here to see pictures taken on this excursion


We took a service train back to Bern where we rode a couple of tram lines before walking into the old town for a drink. The return via Neuchatel was in clear sunshine. The weather couldn't have been better. 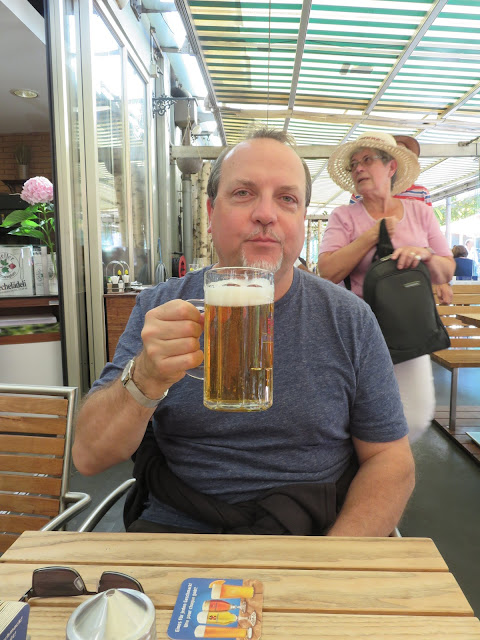 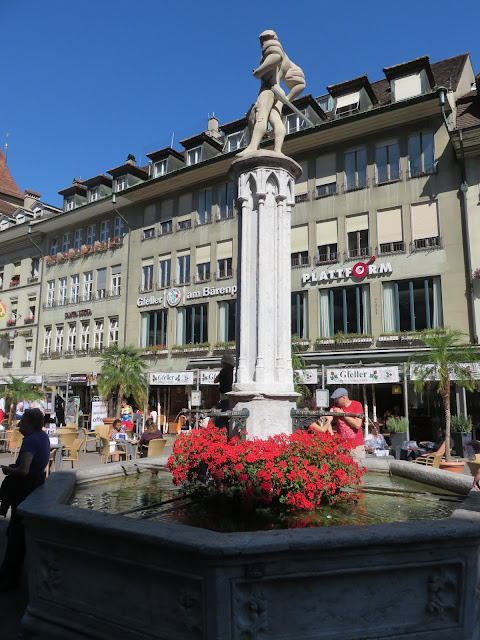 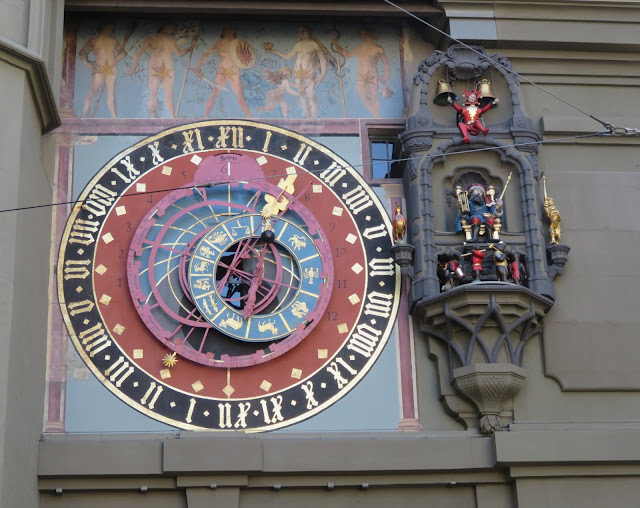 Posted by Colin Churcher at 9:22 AM