There was quite a surprise for us in the booked platform for our train to Bellinzona. This beautifully restored 1966 electric railcar was being used by a private group. Our ICN was moved two tracks over 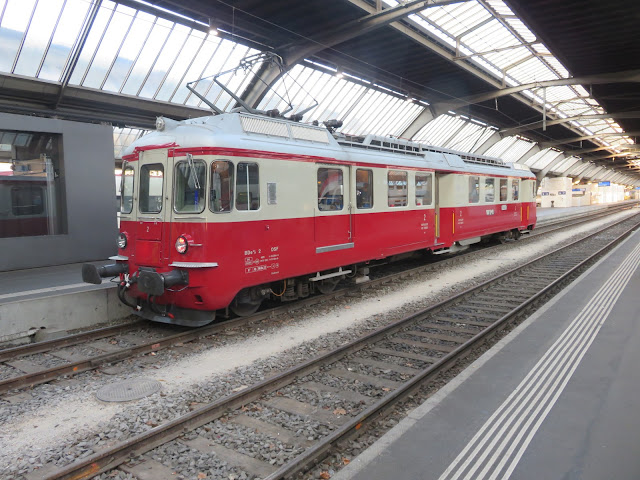 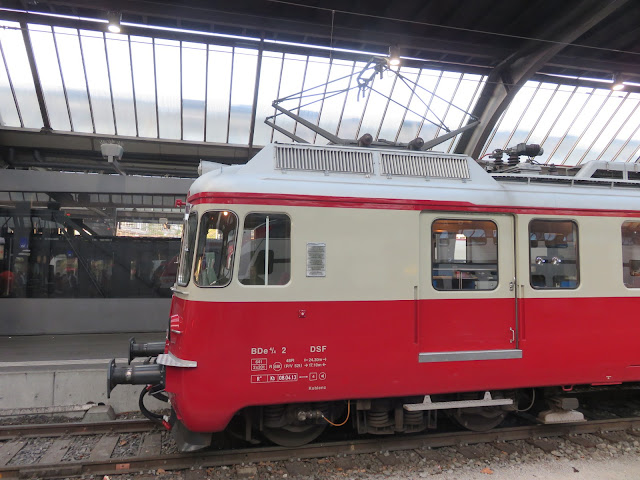 Our route to Yverdon-les-Bains  was an unusual one. We took an ICN train to Bellinzona through the new Gottard Base Tunnel. Much of this route is through tunnel but it was made in excellent weather.

We made our way to Locarno where there was time to have a sandwich sitting on a bench in the street waiting for our train. All of a sudden a police car came up and took hold of a young lad who started to fight them. Three other police cars arrived and eight policemen and women were battling this fellow. They had him pinned on the ground when a paramedic supervisor turned up followed by three paramedics in an ambulance. They were still trying to get him on to a stretcher when we had to leave to find our train.
The narrow gauge train to Domodossola goes by the initials FART. It started underground in Locarno and we had to leave quickly at the other end to get our connection. 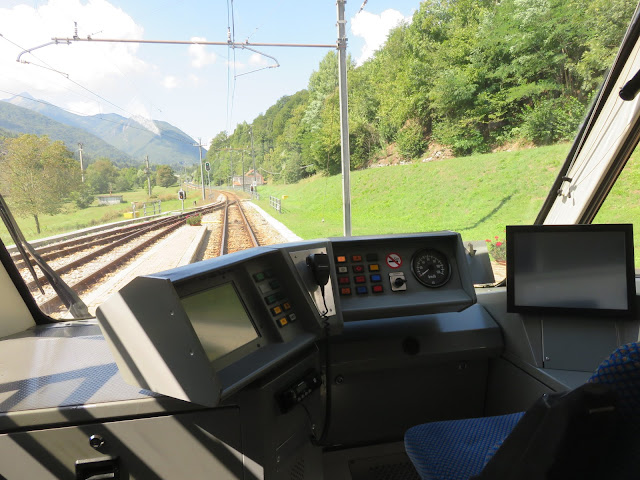 The line is very attractive and contains several high bridges and viaducts. It uses the nickname "Centovalli" - hundred valleys. It was a delightful change from the rush of the main line.

At Domodossola we picked up a full Italian 610 high speed train through the Simplon tunnel as far as Brig where we paused to see a number of trains from the Lotchberg making their way towards the Simplon tunnel.

It was hot and the familiar run down the Rhone valley and beside Lac Leman very pleasant indeed.