We travelled to Bern today to see the steam tram which operates one Sunday in the month through the historic part of the city. While changing trains at Lausanne I spotted this 1938 railcar on a private excursion. 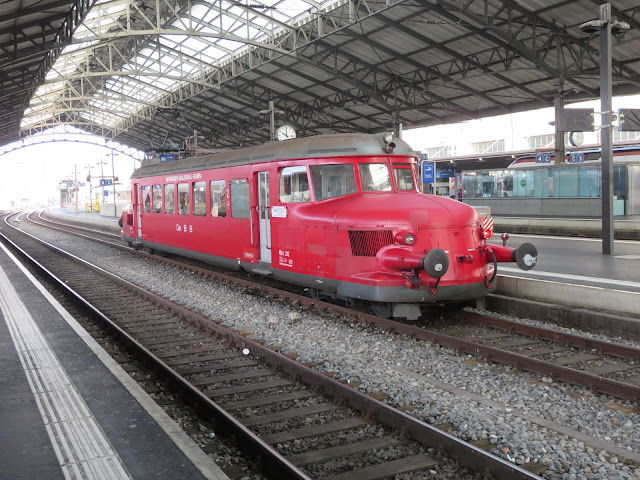 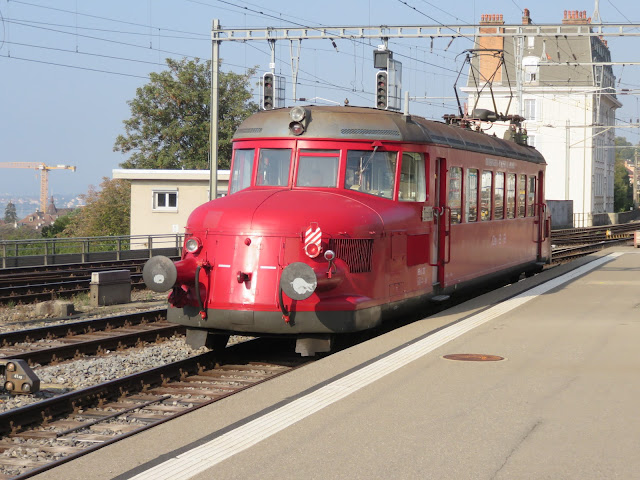 The Bern steam tram operates over the tramway network. It was built in 1894 and is maintained by a group of enthusiasts. They slot it into the regular tram service and it runs right through the busy section outside the SBB station under the canopy.  We took the 50 minute ride running down the historic area and out to Wankdorf for a water stop. It is well maintained and handled the trip easily. There are duplicate controls at each end so that it can be driven from the front. The regulator and reverser, sanders etc are all hooked up so be operated from either end. The weather was quite sunny but most of the route is unfortunately in shade.

Throughout the trip both Mary and I could smell bacon cooking and thought there must be a lot of restaurants open in town. It turned out the driver was heating up sausages in a pan placed on top of the boiler. 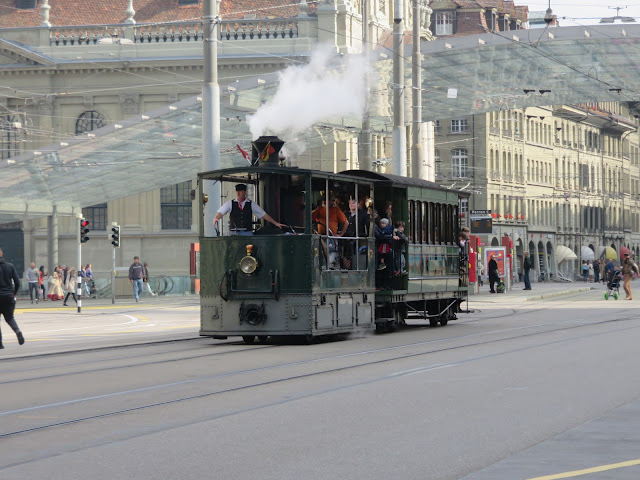 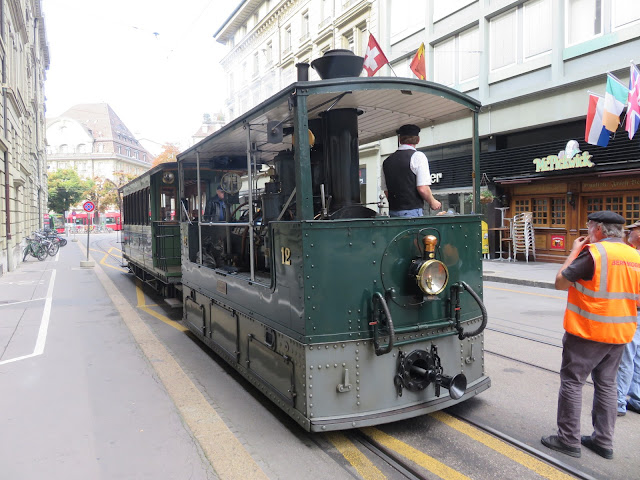 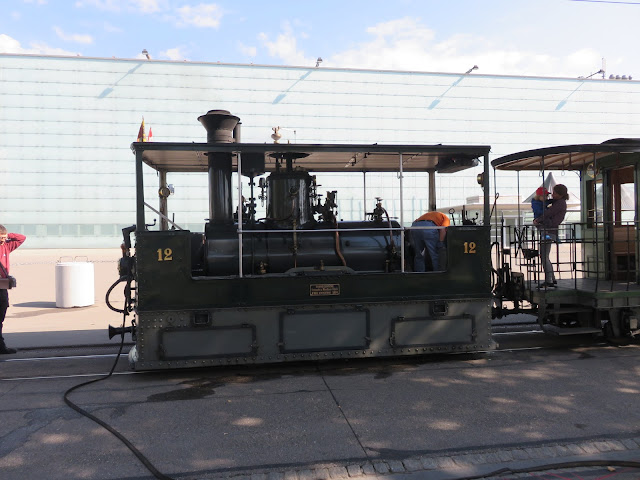 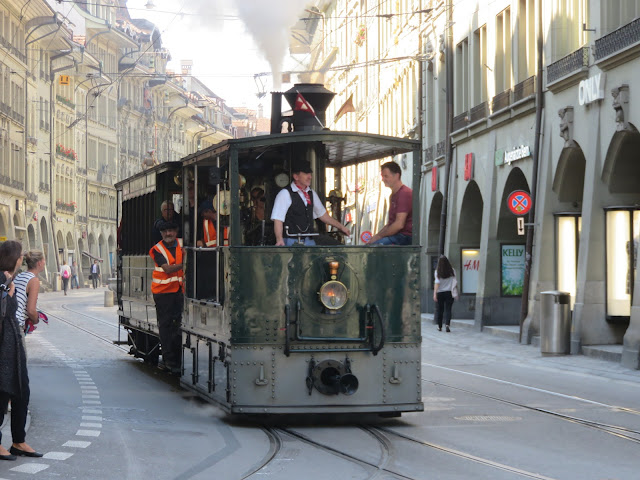 I took a lot more pictures, including many details and they can be found here

Back in Montreux there was a storm over the lake around sunset.  The western sky turned an unusual bright pink. This disturbed the crows who had come in to roost very early. For several minutes the air was filled with disturbed crows.
Posted by Colin Churcher at 9:48 AM