Train to Neuchatel via Lausanne. After buying our tickets on the paddle steamer Neuchatel to Morat there was time to wander around the town and get a picnic lunch. 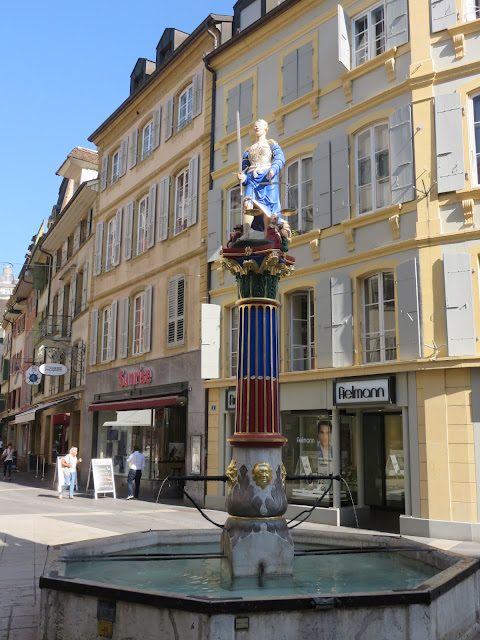 The boat ride was partly across lakes Neuchatel and Morat but there was a long ride along the canal between the two lakes. The birdlife on lake Neuchatel was extensive with huge flocks of swans, cormorants and many other types of water bird.  The cruise along the canal made a peasant change from the open lake with ever changing agricultural views and the occasional heron skulking at the water's edge.

Several groups had brought quite elaborate lunches and we supplemented ours with a bottle of rose wine (Oeil de Perdix).

Morat has some interesting architecture although it is now a tourist trap.  The streets are lined with outdoor restaurants thick with cigarette smoke. 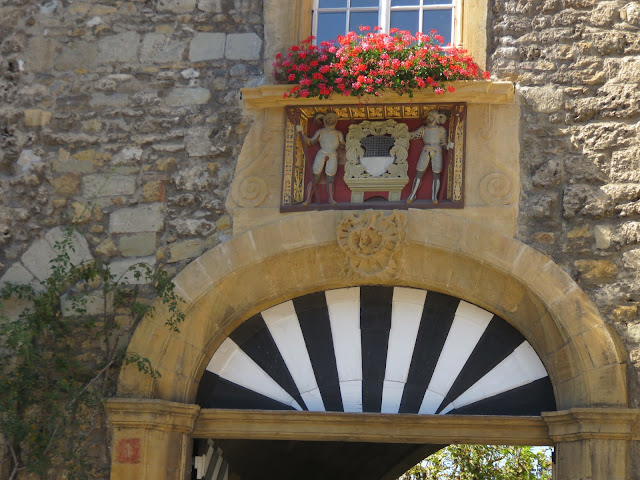 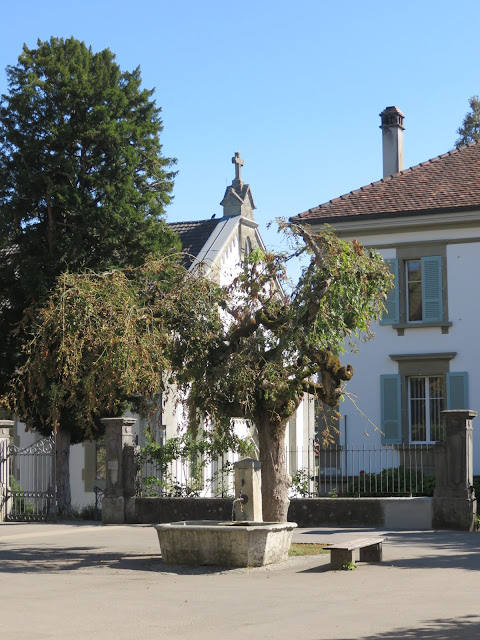 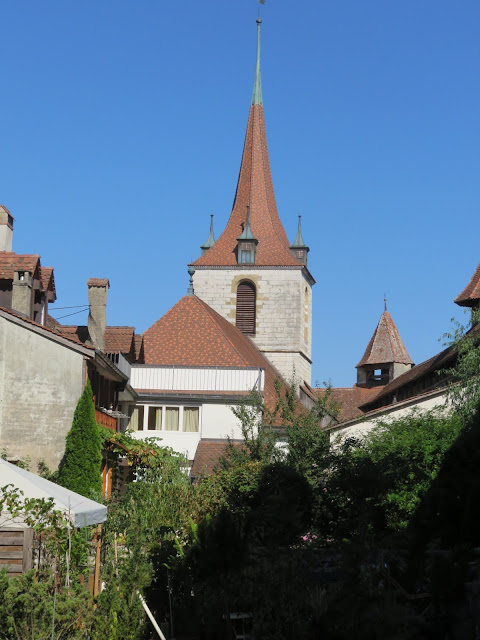 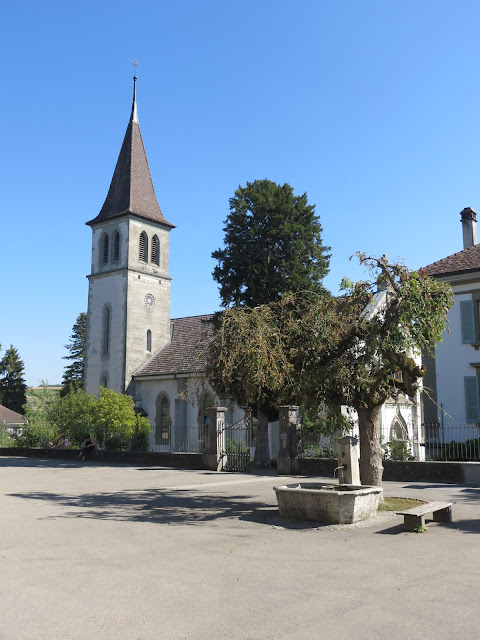 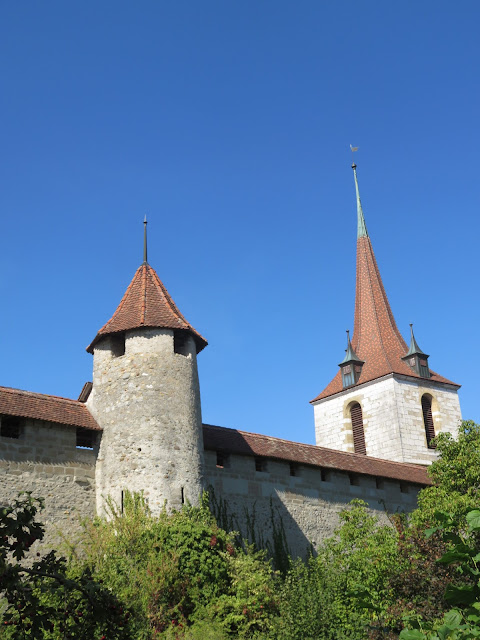 The transition from French to German as we crossed the cantonal boundary was very marked.

We had a long country journey back to Lausanne which we found as in earlier visits, to be a very difficult and nasty place. We couldn't find the Metro to Ouchy at the SBB station and ran into the next station downhill by chance. The ticket office for the steamer to Montreux was closed. There was a ticket machine nearby complete with the steamer company logo and information but it turned out that this was for Mobilis tickets which are not valid on the steamers.

We took this evening sailing of La Suisse because it is one of the last sailings of this season. It was well filled and gave us excellent views of the UNESCO heritage vineyards. 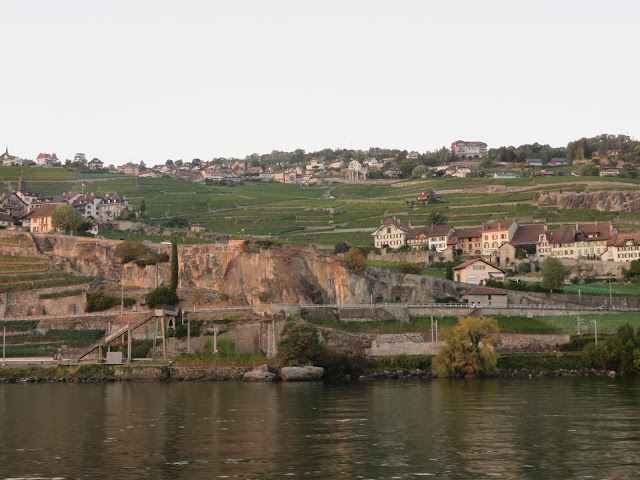 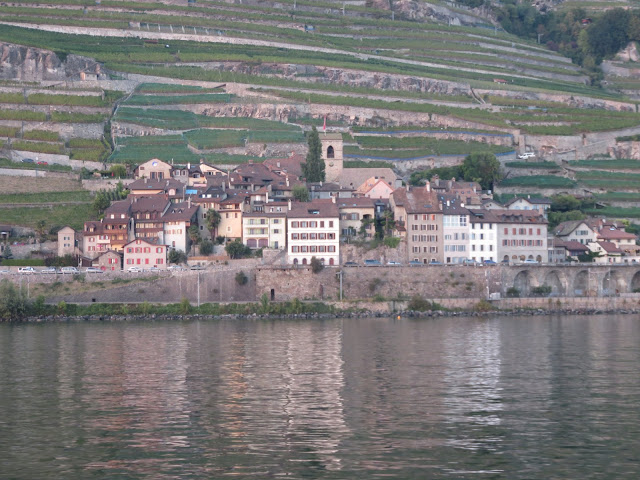 The moral of this story is that Lausanne is lousy, don't go outside the station which is good for changing trains.
Posted by Colin Churcher at 11:56 PM