We started out today with the intention of visiting the area between Chavornay and Orbe then taking a bus from Orbe to Baulmes. We took a train to Chavornay and then a bus to Orbe as the train service has now been replaced by a bus (good job we rode the train in 2016).  The line is operated by Travys. It is standard gauge but unusually the electrical system is DC.

Orbe turned out to be a bit of a dead end with the station area now looking more like a railway museum. 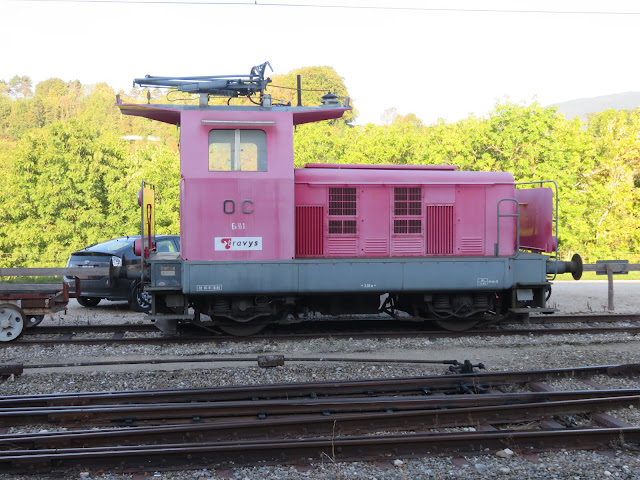 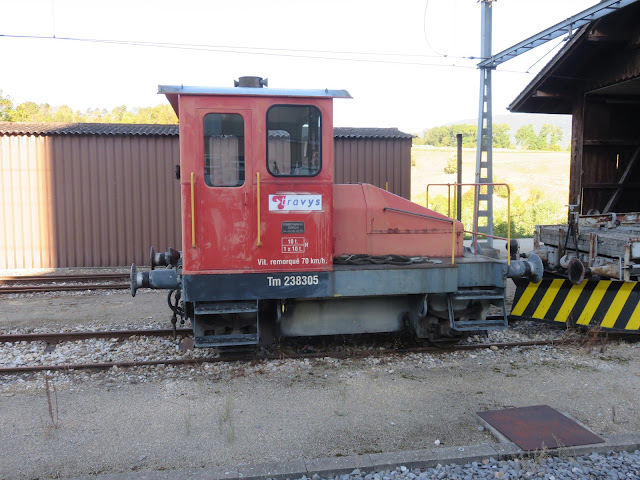 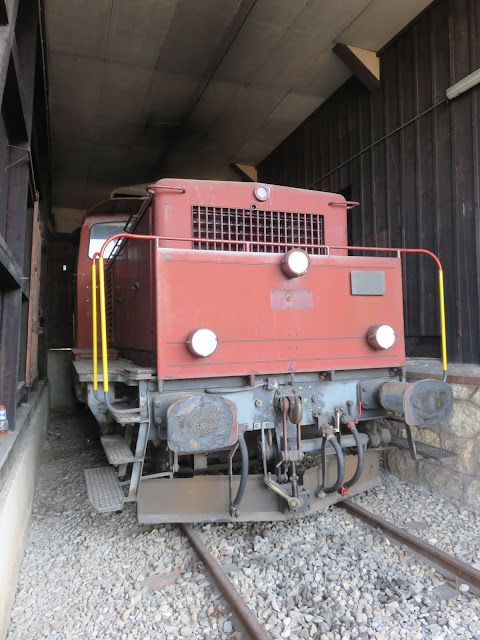 We took the decision to go back to Chavornay as we had seen a BLS Re 4/4 in the siding there. It turned out to be a good move. A Travys diesel was backing a cut of cars from the Coop and very soon an SBB train arrived with empties presumably destined for the Nestle plant.

We watched, fascinated as locomotives and crews from three different railways (Travys, BLS, SBB) worked together to sort out the work. In the end, the BLS locomotive went north with the Co-op train, the SBB locomotive dropped its empties and left light engine for the south while the Travys diesel was coupled up to the Nestle empties and preparing to back them along the line towards Orbe.

While this was going on there was a continuous stream of high speed and stopping passenger as well as freight trains running through.

It was now getting a little late so we took the SBB back to Yverdon-les-Bains and the narrow gauge up to Ste-Croix. Trains had been running out of course earlier as we passed a train at Trois Villes rather than Vuiteboeuf. We had lunch at Ste-Croix and then took the Post Bus to Buttes.  On the bus I fell into conversation with a lady who lived in the country outside Ste-Croix. She hated the big towns, like Neuchatel, and was only going there on the train for a medical appointment.

We didn't like the look of the chair lift so we went on to Neuchatel - Serrieres and walked down to ride the Neuchatel trams before returning to Yverdon.  Neuchatel will shortly be receiving the cars from the Trogenbahn which will be a big improvement as the current Neuchatel ones seem worn out.