The weather was fine again today and we made the quick trip to Aigle with a cross platform transfer at Lausanne.  Lac Leman was calm and there were a large number of cormorants both fishing and drying their wings.  Aigle has three narrow gauge rack equipped lines all terminating in the SBB station forecourt. The narrow gauge are now all operating under the one TPC umbrella and the rack on the Champerey line was recently changed to the Abt system and the voltage is now 1500V dc. All lines now operate on the same system. The new green and yellow colors are now widespread although it is still possible to see trams in the old colors.


One of the lines from the station uses street running through the town. The section closest to the station is one way and narrow and there is a plan to make a connection with the Diaberets line outside town and abandon the street running so we took a look at this section. 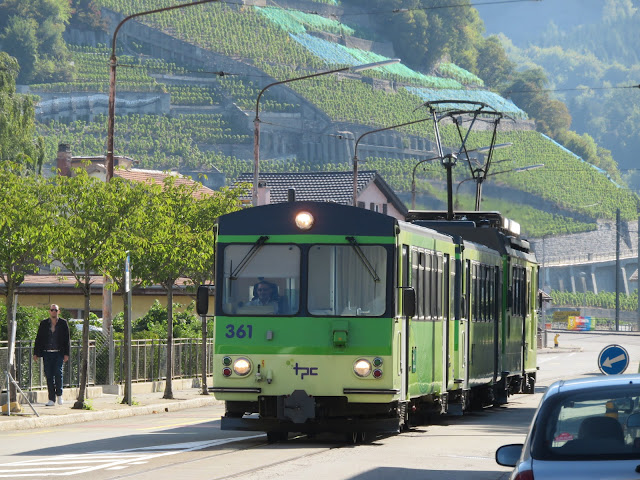 We also wanted to visit the TPC line from Bex to Villars-sur-Ollon. Bex can be reached easily by SBB from Aigle but we chose to take the scenic route by bus Aigle to Villars-sur-Ollon. The view of the mountains is tremendous as we climbed out of the valley through apple and pear orchards negotiating many hairpin bends in the process.
Villars-sur-Ollon is essentially a winter ski town and had little of interest so we took the first train down the mountain to Bex (pronounced Be)
The ride down as far as Bevieux is on the rack. It was lunch time and the tram was filled with very well behaved schoolkids going home for lunch. They knew the driver who knew where they alighted and said good bye to each one.
There was a second man in the cab who may have been from the mechanical department. The trip down is very steep in many places and at times there were some disconcerting noises and vibrations from the rack equipment.


The last section through the town of Bex was taken quickly as was the long stretch out to the station where Paul and I modeled in our T-shirts.

A few weeks ago I was walking along the Ottawa river pathway and passed a man wearing a white T-shirt with #Bexartist on it. We chatted bearing in mind that I knew the area and would be visiting again shortly. The upshot was that Paul and I both have similar T-shirts. 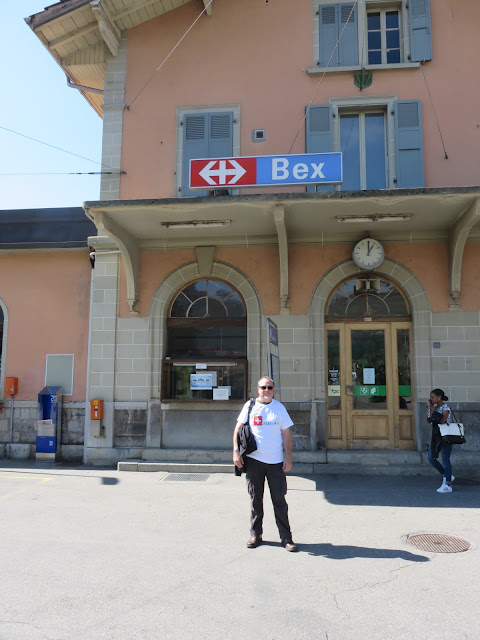 From Bex we went back to Aigle and found out that the Heritage trailer had been joined by a heritage railcar which dates back to 1913.
Back in the town we watched a tram traverse the one way section against the current of traffic. 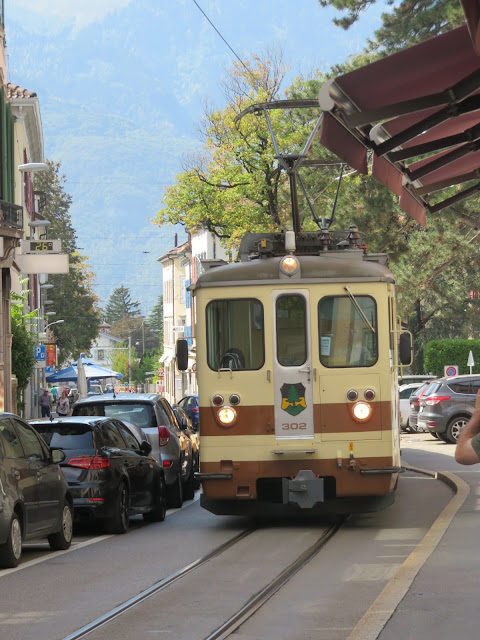 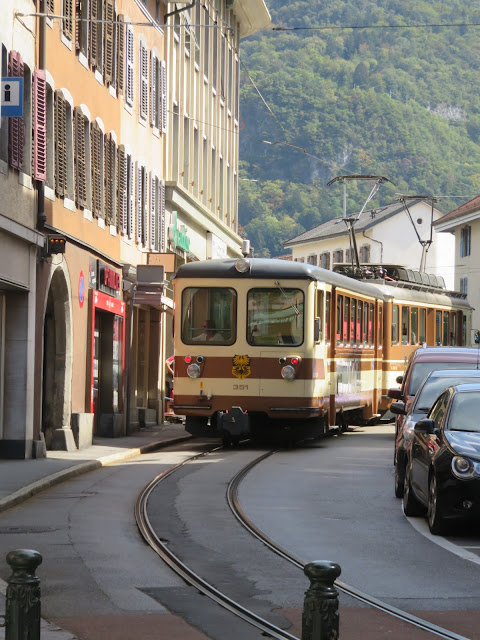 Click here to see all pictures taken of Aigle and Bex

It was hot and we spent some time over a beer before returning to Yverdon-les-Bains and a short trip out to Vuietboeuf.


Vuiteboeuf did not impress even though the village is nestled in a valley below the prominent church. 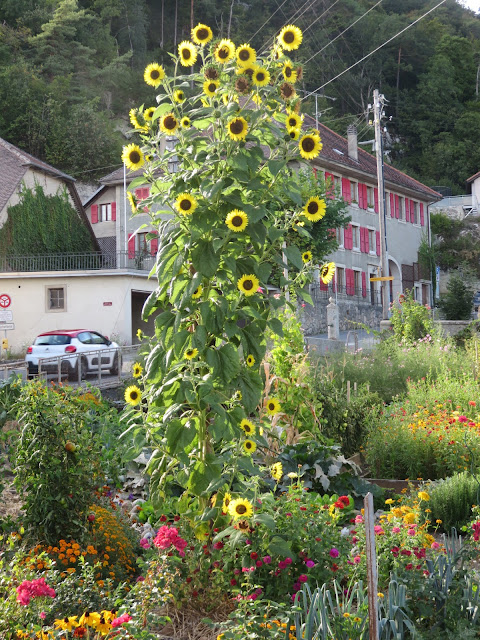 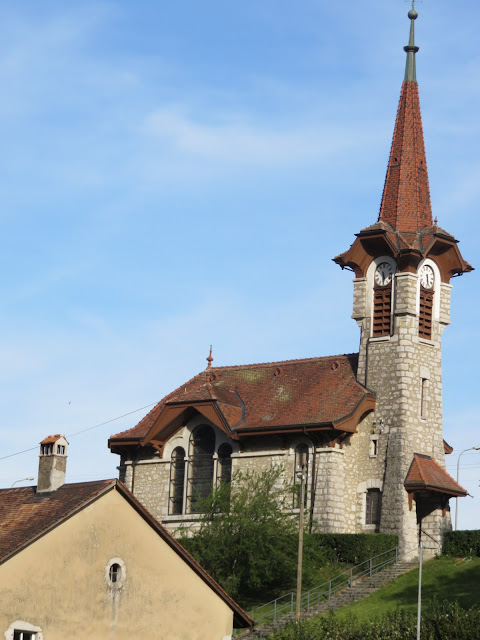 Posted by Colin Churcher at 9:15 PM