We visited the Blonay-Chamby Railway Museum today. They are celebrating 50 years of operation as well as a special series of events highlighting the Bernina line.

We took the train to Vevey and changed to the narrow gauge line for Blonay. 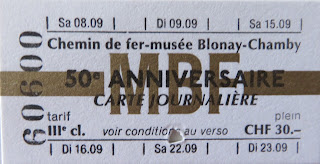 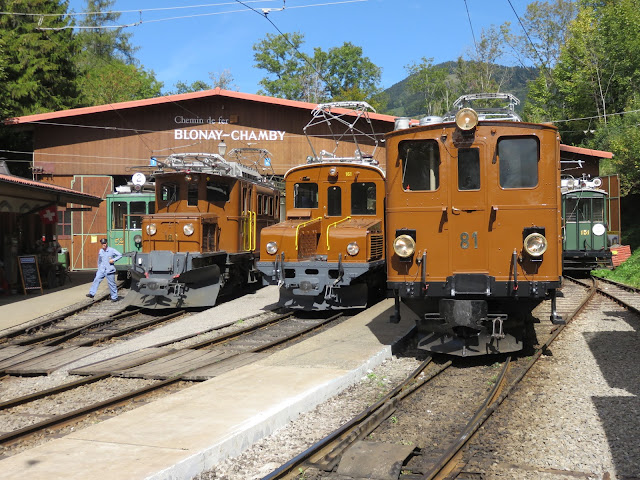 One of the most interesting exhibits was a working steam rotary snow plow, Rhaetian Railway  #9214 of 1914. 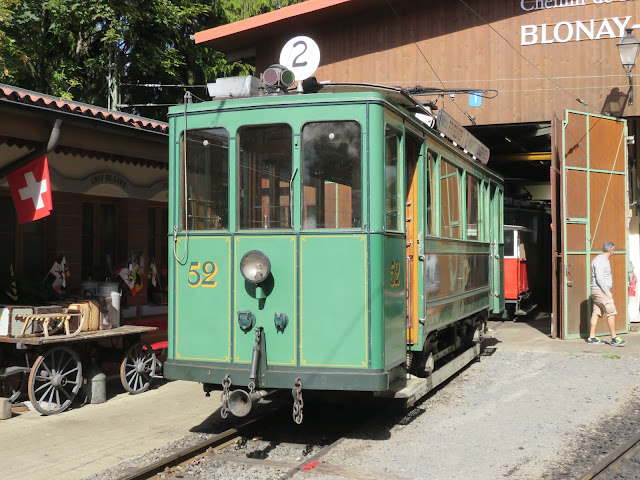 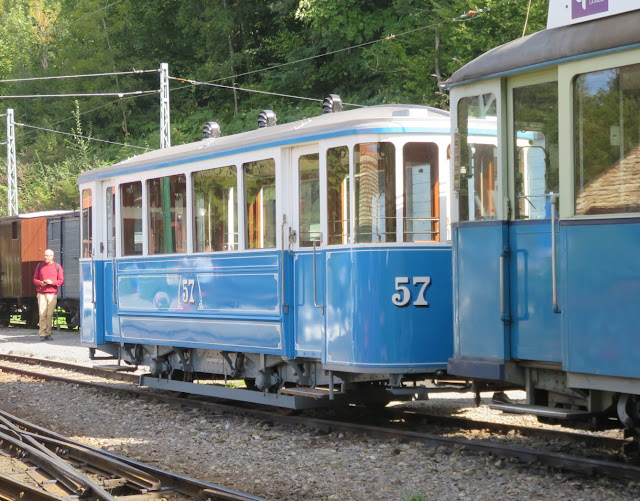 The museum has an impressive array of well restored equipment. It was surprising to see so much that was in operating condition. Electric power does not deteriorate nearly so fast as operating steam or diesel and can be brought into operation almost instantaneously,

On the way back to Blonay there was a special stop on the viaduct while the crew blew down the boiler. 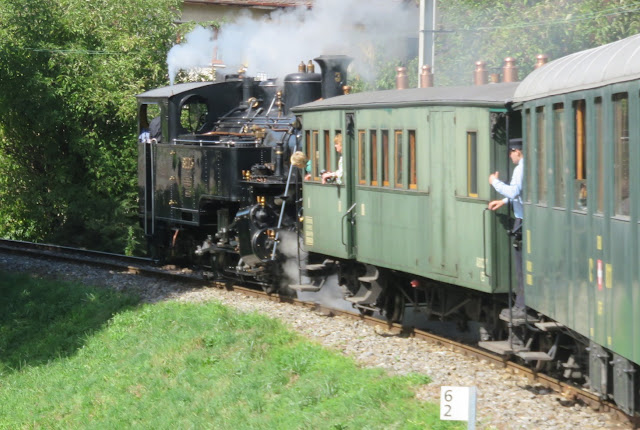 Click here to see all pictures taken here
Posted by Colin Churcher at 7:55 AM