La Chaux de Fonds is always interesting to watch. Between xx55 and xx00 each hour a BLS train arrives from Neuchatel and another from Le Locle and occasionally an SNCF diesel railcar from Pontarlier. On the narrow gauge a Jura train arrives from Glovelier and a railcar arrives from Les Ponts de Martel. Between xx00 and xx05 these trains all go out again and everything is quiet until the next time - four companies and two gauges, all perfectly interconnecting.

Our journey over the Jura line gave us a surprise when we saw the narrow gauge Mallet in steam in the siding. This was the locomotive that was used at Ste-Croix on September 2 and our surmise ois that it was being put on rail here to make its journey back to its home base from here. 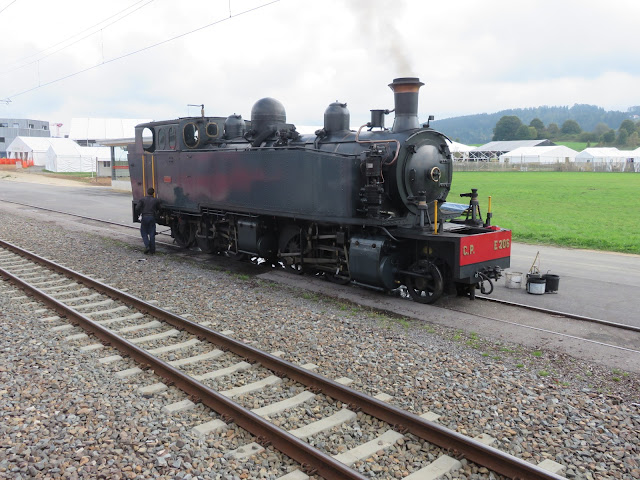 As planned we went on to Combe-Tabellion where we stopped for our sandwiches. This is where the line to Glovelier has to make a reverse. There are two tracks and a crossover.


After this the ride back was uneventful. It was the end to a great railfan trip.