It was sunny but cooler today but we had a good walk through a small part of the Bois de Vincennes. We entered by the Porte Doree and walked around Lake Daumesnil as well as around the two islands in the middle of the lake. 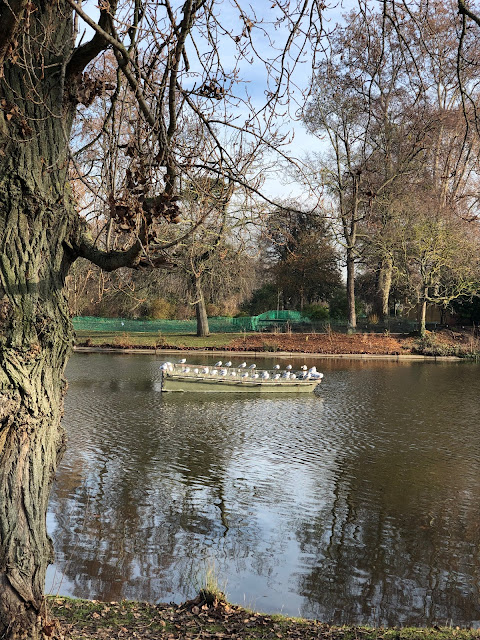 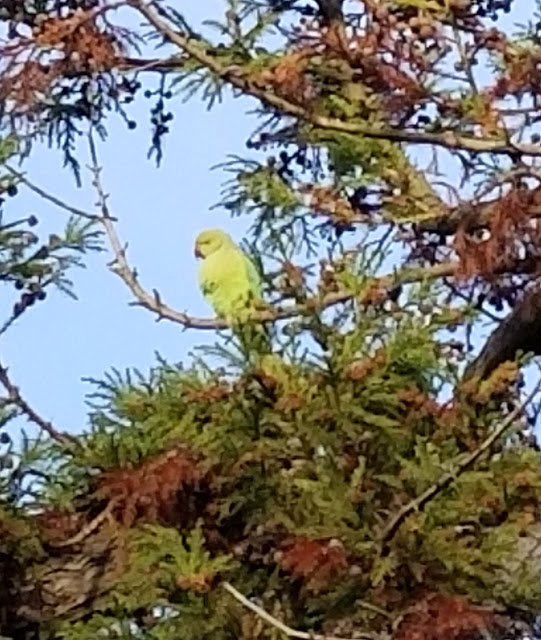 While watching this one we fell into conversation with two delightful ladies who lived close by. At certain times as many as a hundred will congregate and make a lot of noise.

There were a number of cormorants fishing. One surfaced with a fish in its beak and was dive bombed by several seagulls whereupon it immediately left the surface. Cormorants have to eat their catch under water. 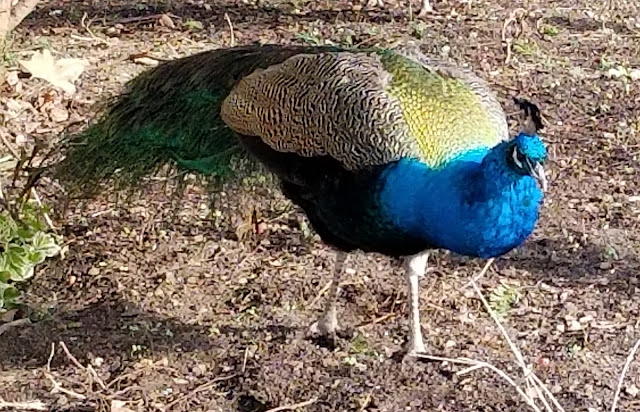 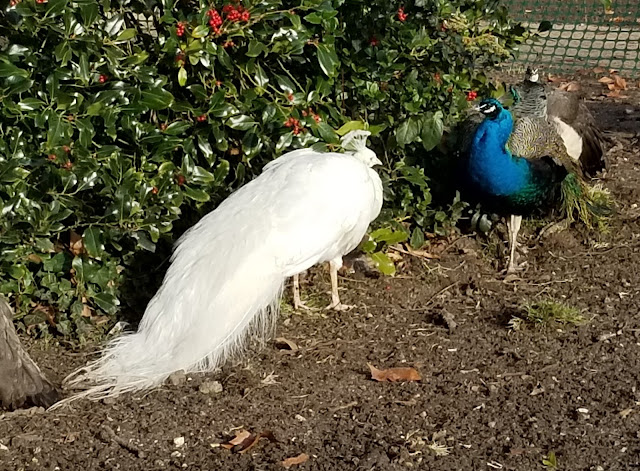 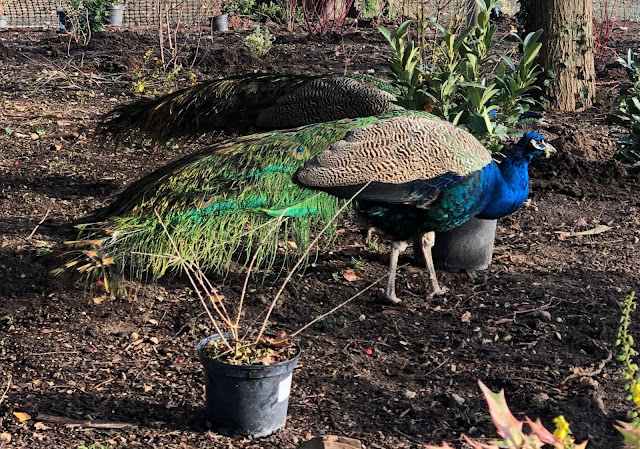 There is a large number of swans as well as at least twenty peacocks and peahens. They seem free although they are weak flyers.