Our original intention was to take the train to Ludlow. I bought the tickets but when we got to the platform the train was badly delayed and they were terminating trains at Cwmbran of all places because of the electrification work. With these sorts of delays who knows what it would have been like trying top get back. I went back to the ticket office and got a refund, then we walked over to the bus station where the hourly bus to Ludlow was waiting.  It was cheaper to take the bus than the train even with the 30% seniors discount.  The bus took longer but the sun was shining brightly and the ride was full of interest.

Ludlow was looking its best as there were not too many tourists around. 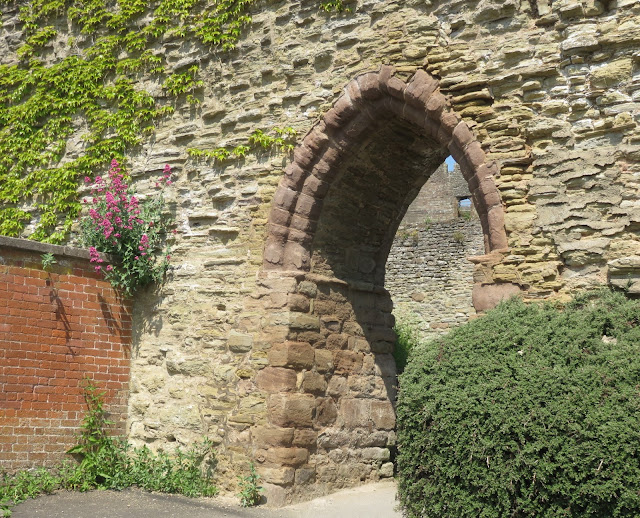 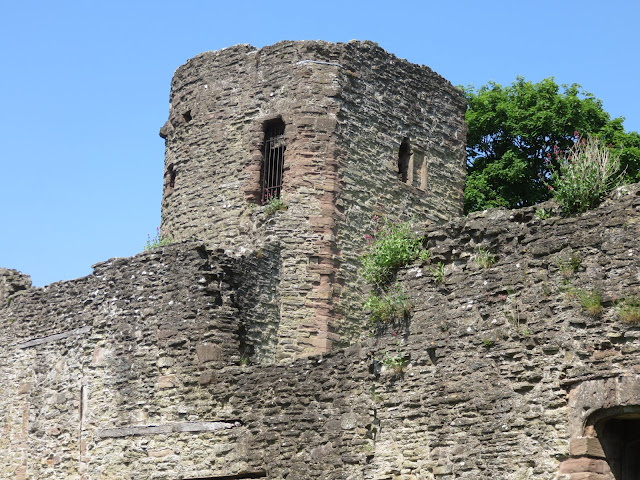 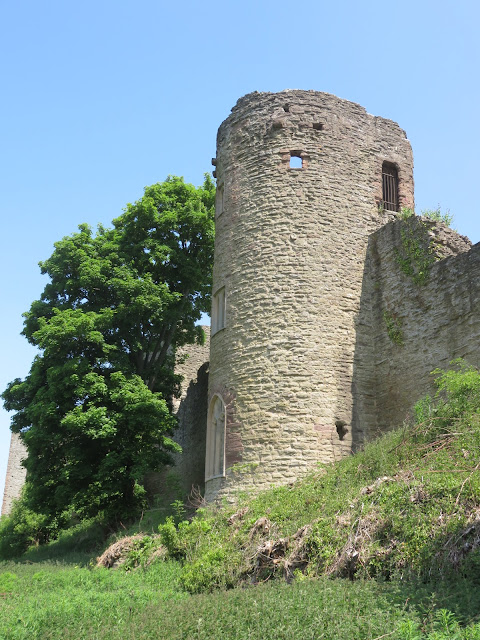 We walked down to the River Teme and walked along between the two weirs. It was idyllic in the clear blue sky. We watched a hawk come gliding over hunting for small animals or birds. It was driven off by several angry crows but came back later to be attacked by several swallows. 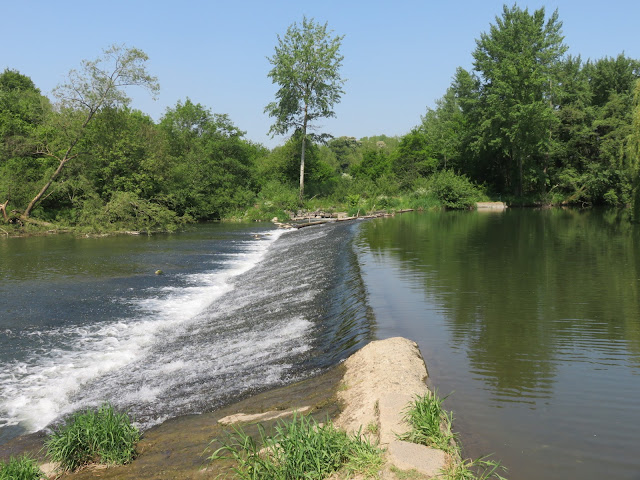 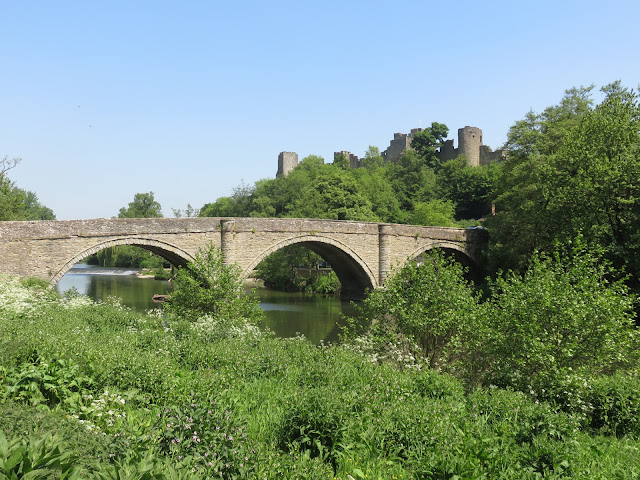 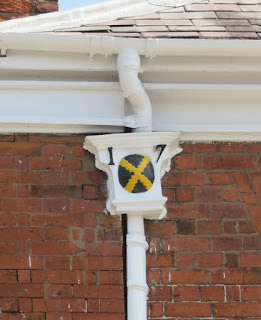 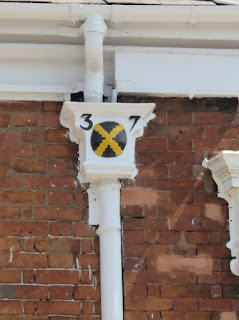 Back in town we came across these 1737 down spouts on a house.

Lunch was at Ye Olde Bull and was not memorable. It was funny to see lasagna served with fries and a large hunk of garlic bread and a small salad on the side. The beer and the wine was not bad.

After a late lunch we visited the Parish Church then caught the bus back to Shrewsbury. 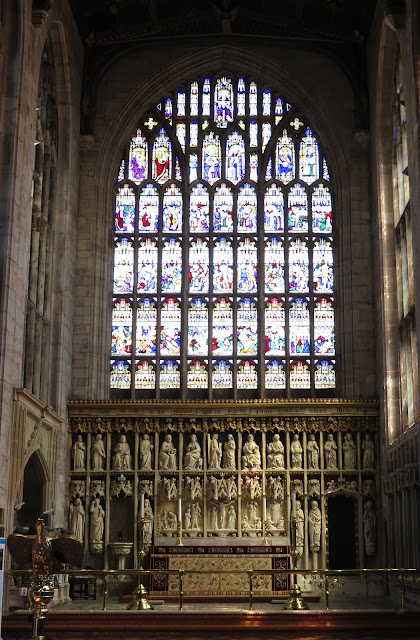 The bus takes an indirect route so as to serve some of the small villages such as the Strettons (Church Stretton, All Stretton, Little Stretton. The lanes are very narrow and there are occasional delays waiting for a vehicle to come to a convenient passing point.  A bus coming in the opposite direction had to back up for about 40 yards at one point. Yesterday a man was trimming his hedge using a ladder which was placed in the road itself which the driver managed to avoid.

Click here to see all pictures taken at Ludlow