I decided to take a train earlier than the one I had booked to get to Wolverhampton. Good job I did because the London train at Wolverhampton was only five cars instead of ten and stood in the platform there for 15 minutes.  Many people with reservations in the missing cars were perplexed and complained bitterly. Obviously Virgin Trains had problems because the missing 5 cars were added at Birmingham.

It was good to see Clive and Dai Bamford whom we haven't seen for a year or so.  Dai Rhys-Tyler performed his complicated accounting on the beer and food kitties.

Waiting at Euston for my train back to Shrewsbury I noticed that the train before mine had been cancelled.  Good job I had a seat reservation as my train was overcrowded with the luckless passengers from the earlier train.  Train travel in the UK is becoming quite uncertain and uncomfortable. 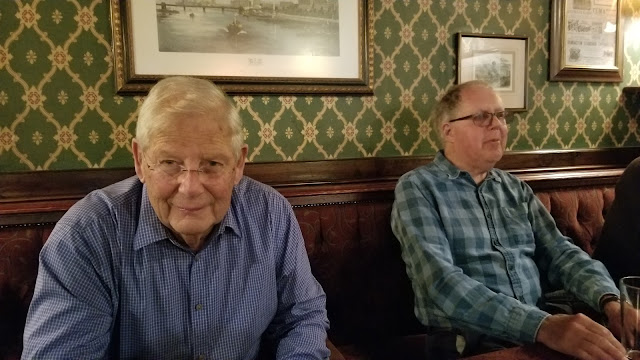 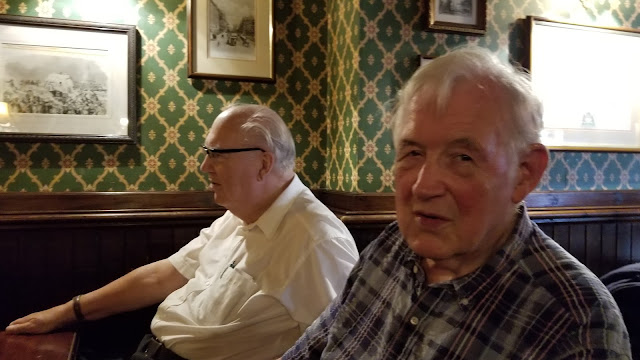 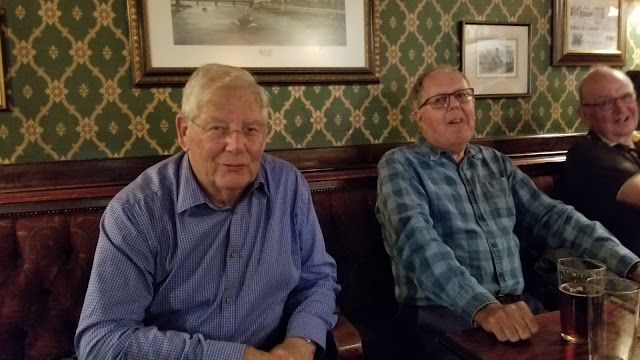 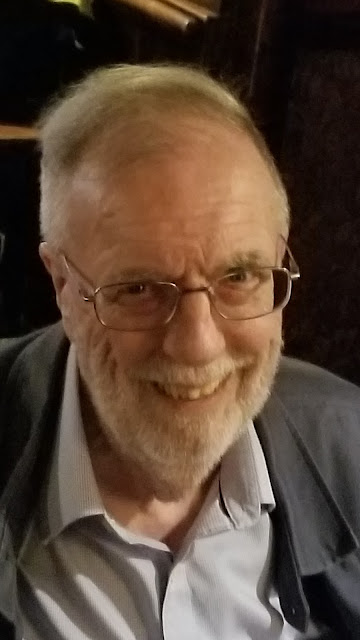