The forecast was for rain by midday and it was quite heavy. We declared a rain day. They finally took away the car with the flat tire this morning.  It may have been abandoned. Within two minutes of its removal there was another car in its place. 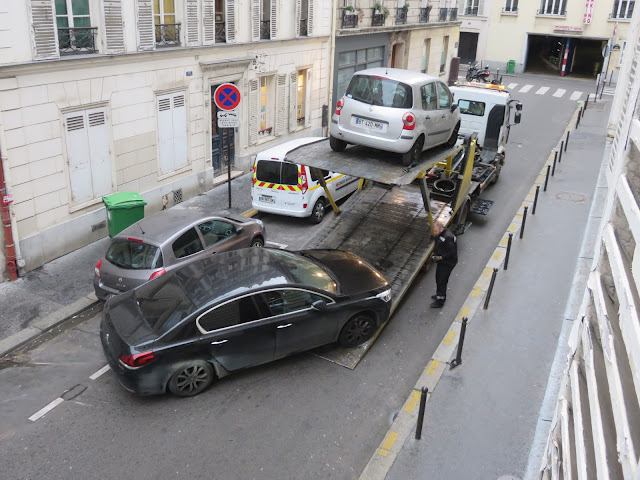 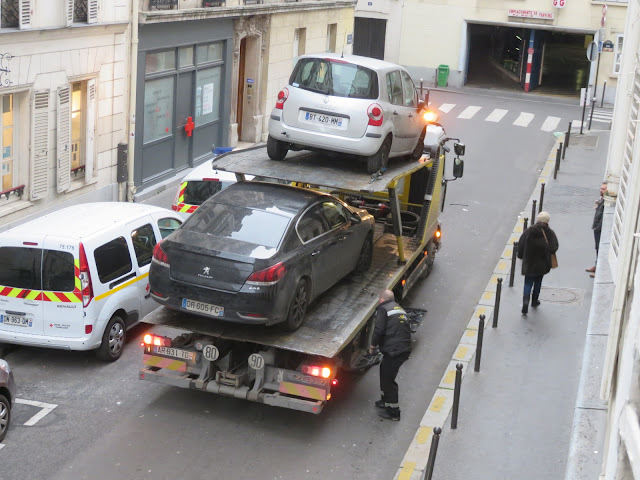 
The station is very little used, compared to the other Paris termini, yet there is extensive rebuilding and extension going on so there must be plans to greater use in the future 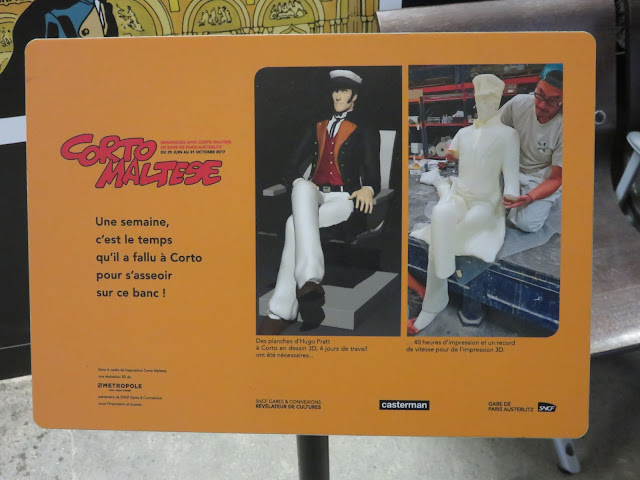 Corto Maltese is an Italian adventure comics series, created by Hugo Pratt in 1967. It features an enigmatic sea captain who lives in the first three decades of the 20th century. The comics are highly praised as some of the most artistic and literary graphic novels ever written. This was used to promote the station.
Posted by Colin Churcher at 6:13 AM