We caught the train from Victoria to East Grinstead. The District line was overcrowded - good job it was only three stops. We had to force our way into the train and people were being left behind. This was with the new trains so the only solution would seem to be more frequent trains - unless the problem will be resolved with the opening of the Elizabeth line in December.

The train to East Grinstead was a 12 car electric and very comfortable. However, the automatic announcement system insisted that we were going into London and not out of it. It knew where we were but not which direction we were travelling.  Many of the stations towards the end of the lie have short platforms and people were told to move to the front of the train. One man tried to do this but claimed that the gangway doors were locked. He was carried past his stop to East Grinstead.

Although I had never ridden behind one of these engines it was not particularly exciting. These were freight locomotives and equal to the low speeds on the Bluebell line. The train of mark I coaches was well filled with people out for the day who were not particularly interested in the railway per se but it helps to pay the rent.  The ride is mostly downhill to Horstead Keynes and Sheffield Park through pleasant countryside mixed with fields of cattle or sheep and much woodland.

At Sheffield Park we were led into the refreshment room by a duck.  Turns out there are at least four ducks that inhabit the place trying to get food from the passengers. 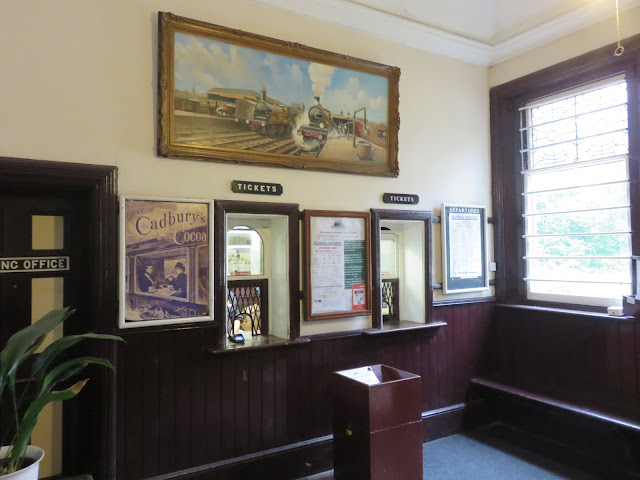 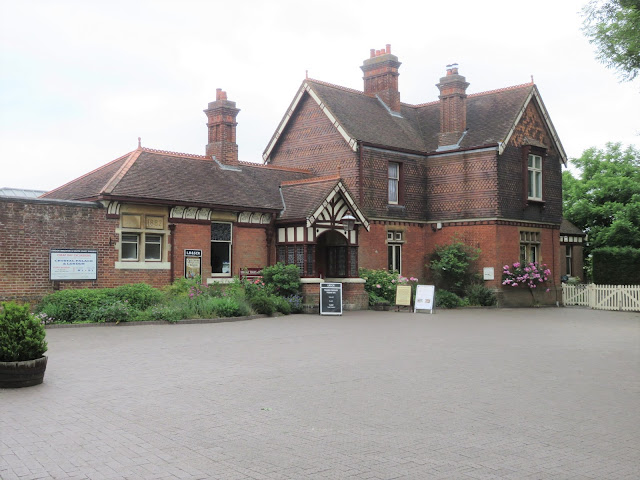 After admiring the well preserved station we walked across the fields to the Sheffield Park and Gardens National Trust Property. The rhododendrons were practically finished but the water lillies were in bloom and made a tremendous show. 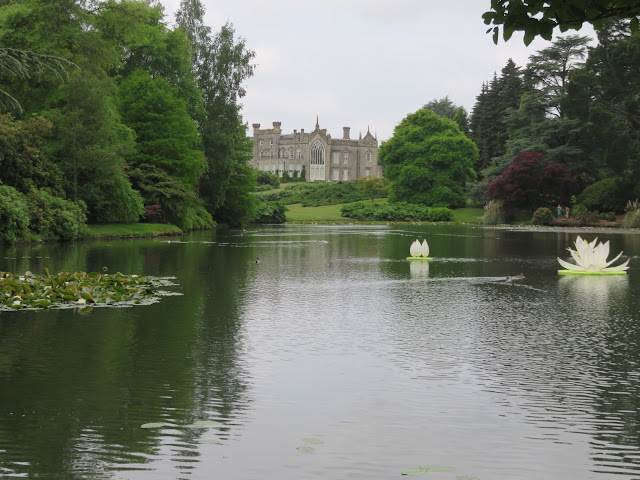 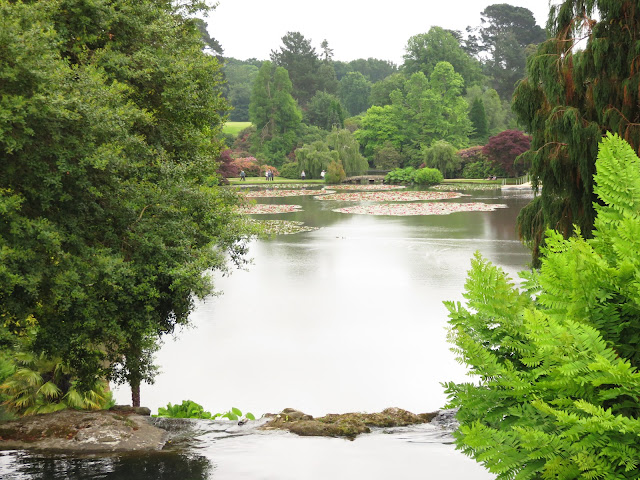 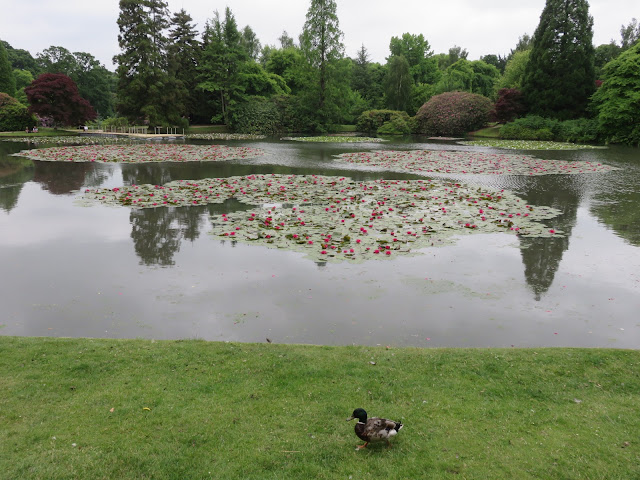 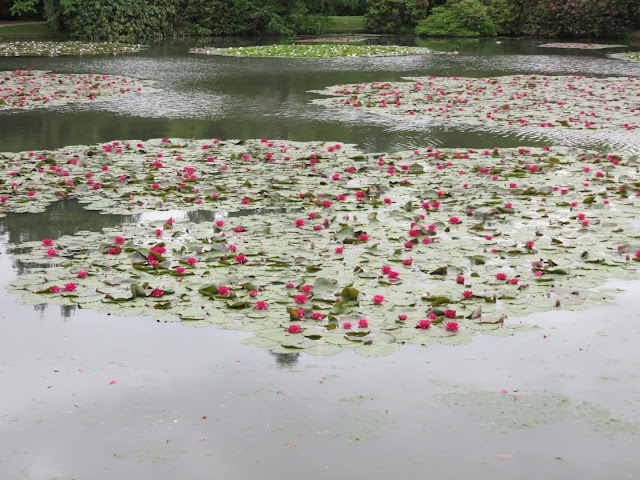 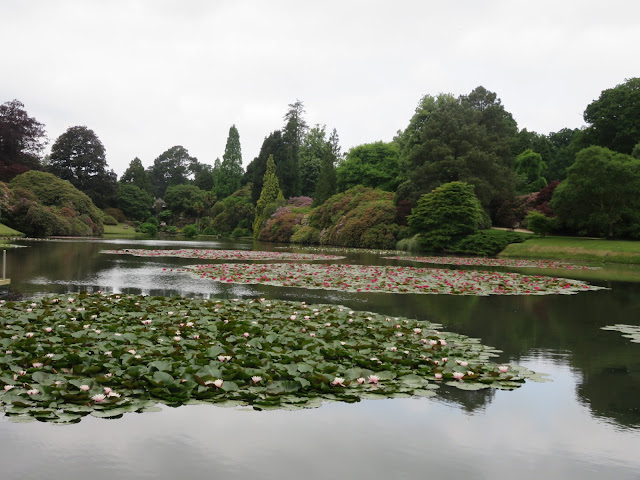 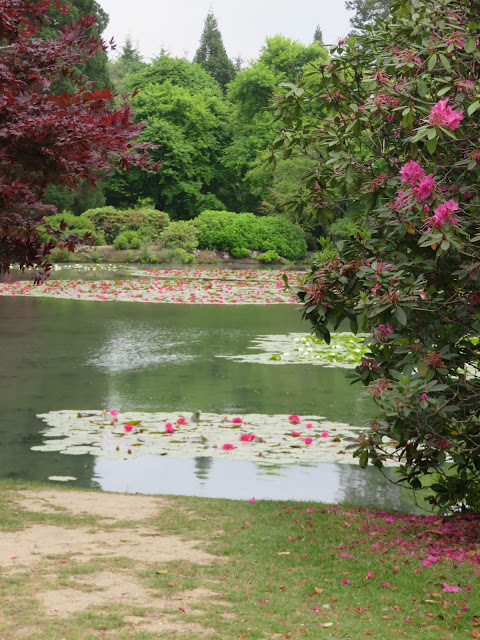 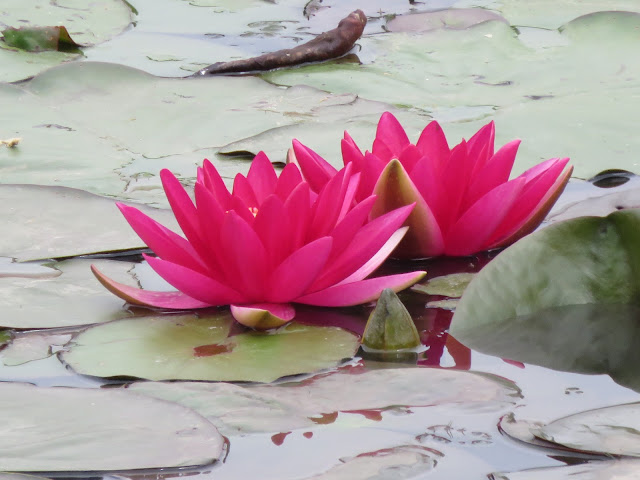 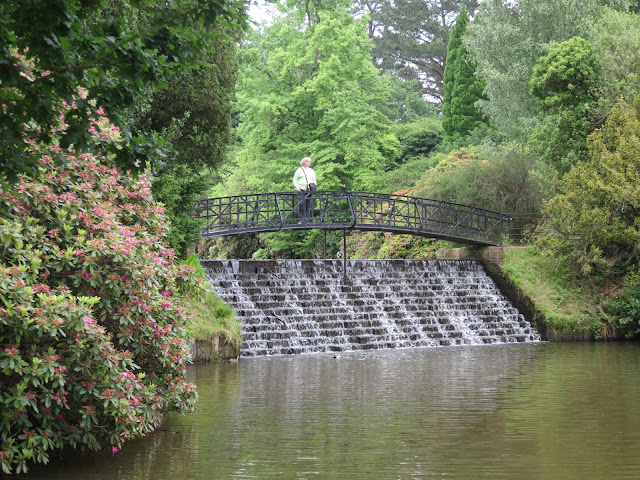 We were eventually able to escape from the mallards and made out way back to the station where there was time for me to take a look at the museum before catching the last train back to East Grinstead.