The rain storm must have been pretty severe last night as there were sand bags on shop latch as well as lots of pieces of moss which had been uprooted by the rain and came down the drain pipes.
The train to Aberystwyth was supposed to have gone from platform 3 but finished up leaving from platform 5.  OK for me but a climb and a walk for a couple with small children.

The trip was made on time through the beautiful mid Wales countryside. Lots of sheep and some purebred horses. It was enlivened by a party f large women who were going to Borth to celebrate a 60th birthday and had the balloons to prove it. We climbed up to Talerddig and then the was the long down slope through to Machynlleth.  An Osprey was sitting on the nest at Dovey Junction

There was plenty of time to buy my ticket and still too much time to look around the town. Aberystwyth can really only be described as scumbag central. There was lots of large ladies who had grown copious amounts of skin for their tattoos.  They were accompanied by equally large, loud men with lots of noisy kids who were using ice cream cones for face painting and lethal weapons.

On the climb up to Devils Bridge the engine was working hard. The beats were clean and it sounded square.
At Devils Bridge I didn't feel like walking along the narrow road to the falls so I just wandered around 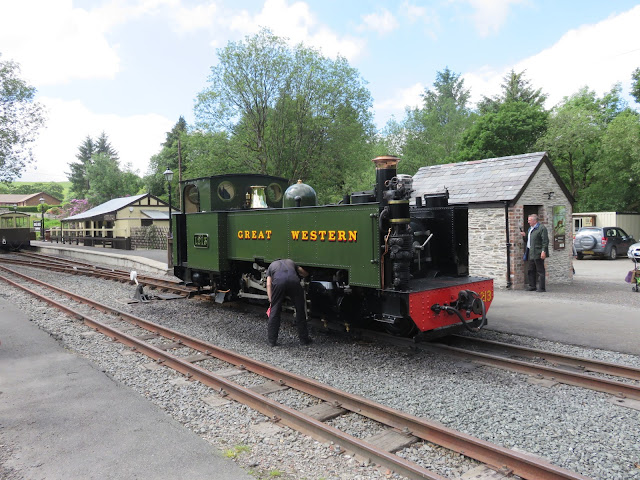 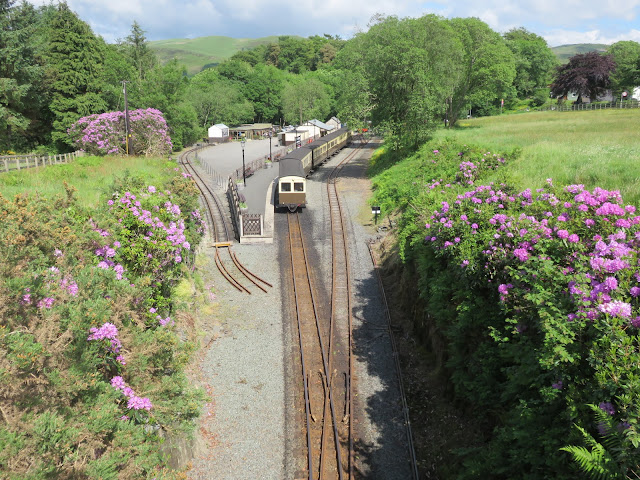 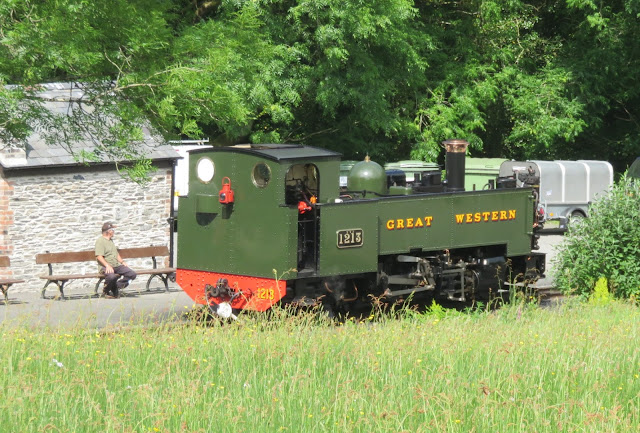 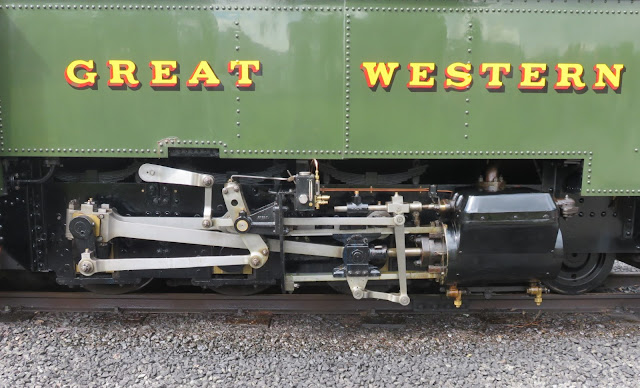 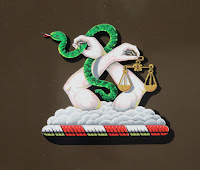 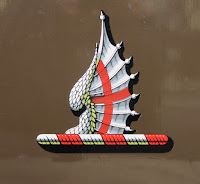 GWR insignias on the carriages

On the way back, two red kites were circling the valley looking for small animals.

The narrow gauge came in a little early, we passed a cricket match on the outskirts of town - the players all stopped to wave at the train. The journey back was full but relatively uneventful. Four people sat opposite around a table with a large retriever sitting on the table. The light was beautiful and I enjoyed the climb up to Talerddig - we went up as fast as we had come down this morning. The steam engines had quite a job to get up here.

It was a great day and it seems both Aberystwyth and Shrewsbury managed to dodge the heavy storms moving across the country.