We walked down to Bristol Temple Meads station and had plenty of time to catch a local train to Weston-Super-Mare. The railway seems to manage to inconvenience passengers easily with platform changes and late running. It was bad on a Sunday which used to be the easiest day to work.

Weston-Super-Mare was very much as I had expected. It is a seaside holiday resort with a wide prom, a pier and funfairs. Fish and chips is the order of the day. 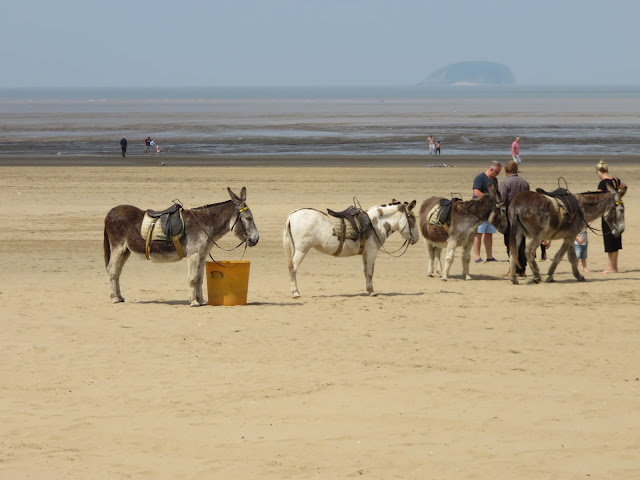 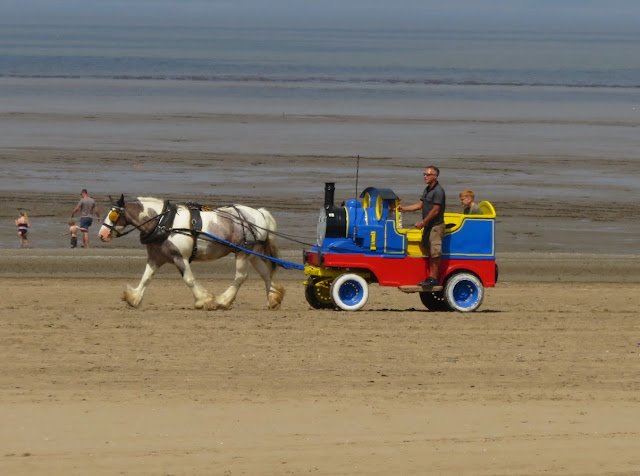 We found a restaurant by a thatched cottage which had shady tables out front. Of course we had cod and chips which was very good indeed. As we walked back along the prom we stopped to look at the dogs happily chasing balls in a shower of sand; kids building sand castles and damming small streams; the ice creams, some places even had ice cream specially formulated for dogs; small kids rushing around. I was bombed by a seagull - nice bit o' shit dahn my shirt. People were happy and in good spirits.

On the way back the railway managed a platform alteration  - and there are only two platforms at Weston so there was a lot of last minute scurrying to cross over the footbridge to the other platform. The train was crowded, one woman had three small dogs with her which were fighting among themselves. She had one in a harness and she merely hauled it up off its feet out of the reach of the others.

We arrived back hot and tired but had had a great day.
Posted by Colin Churcher at 11:57 AM